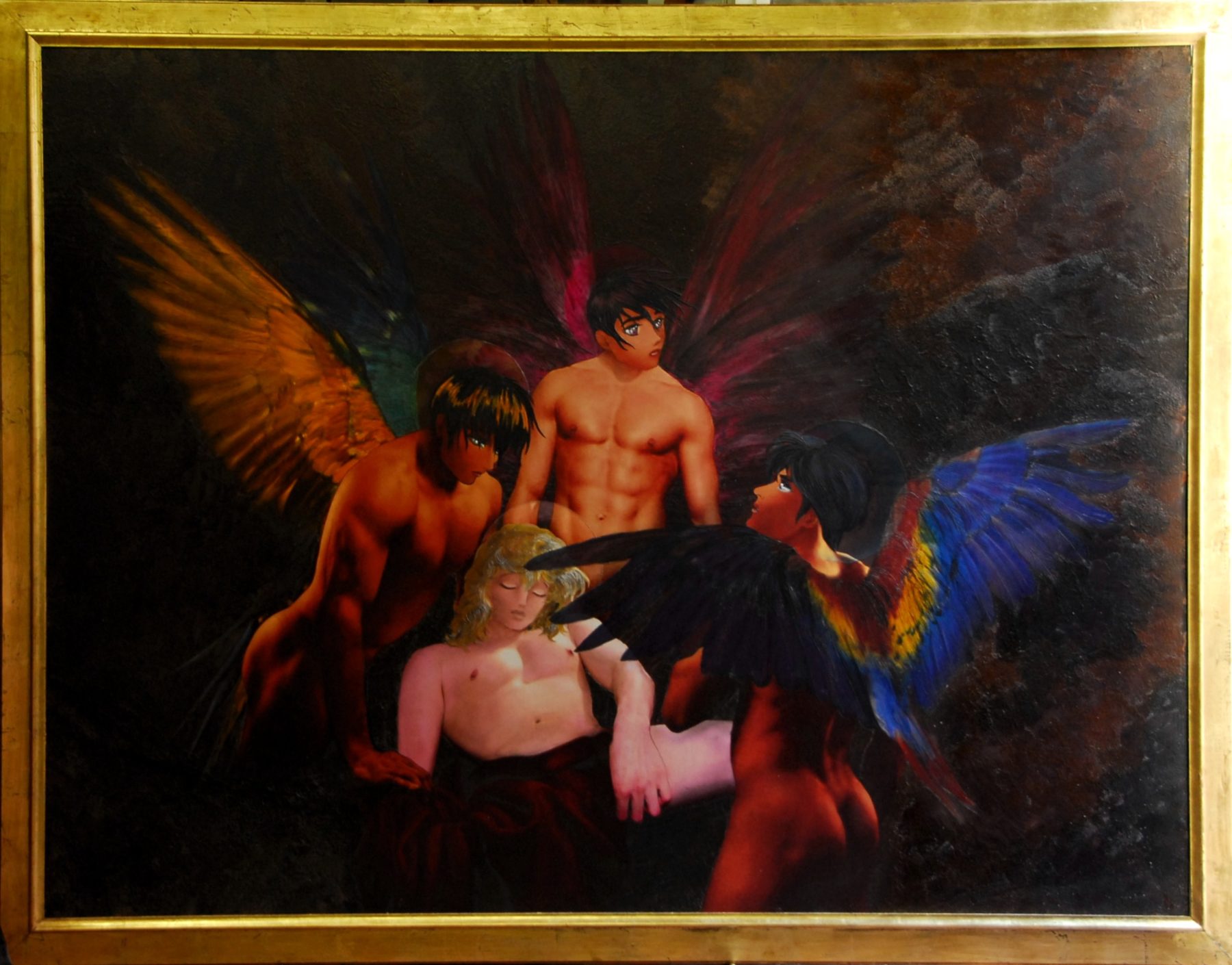 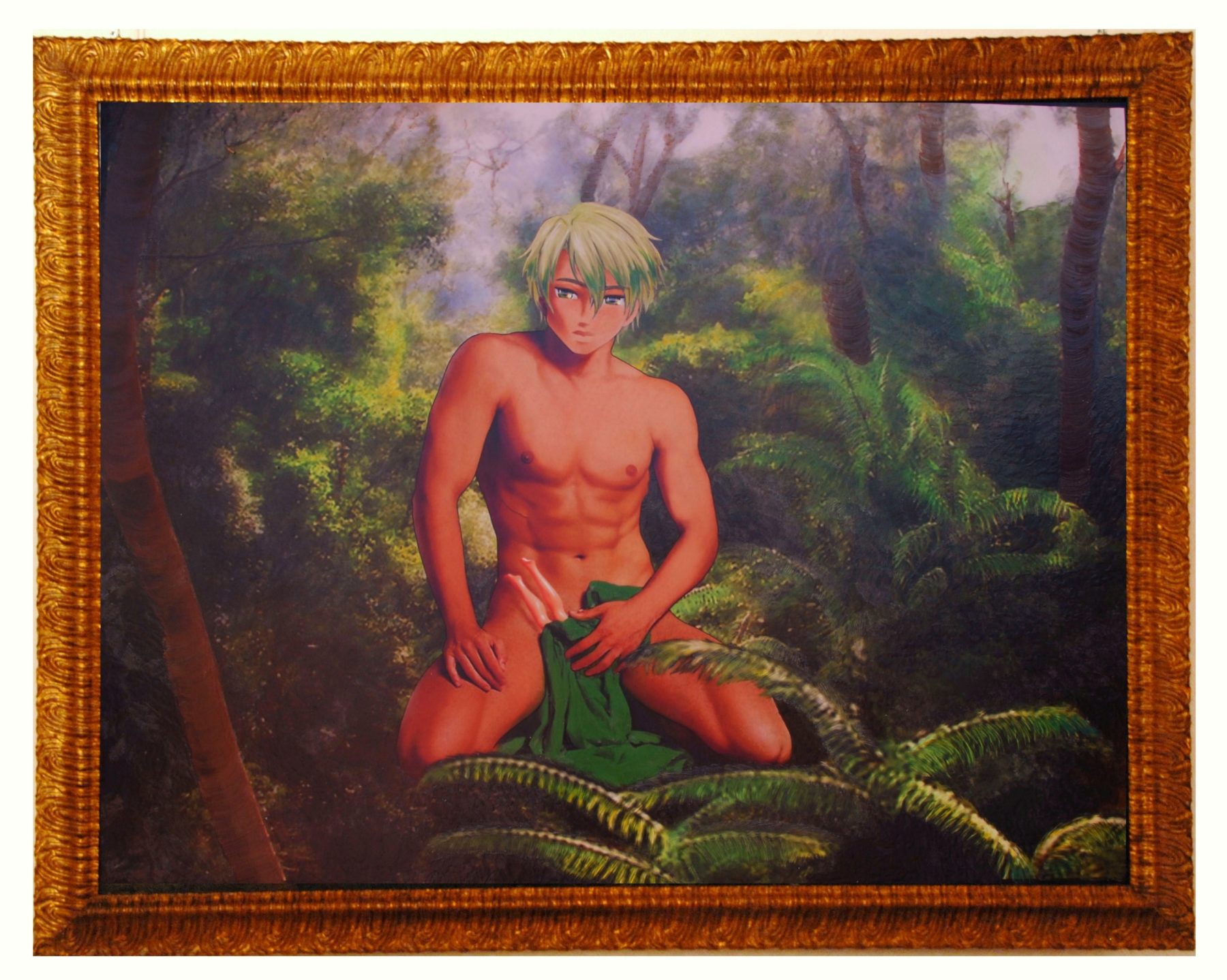 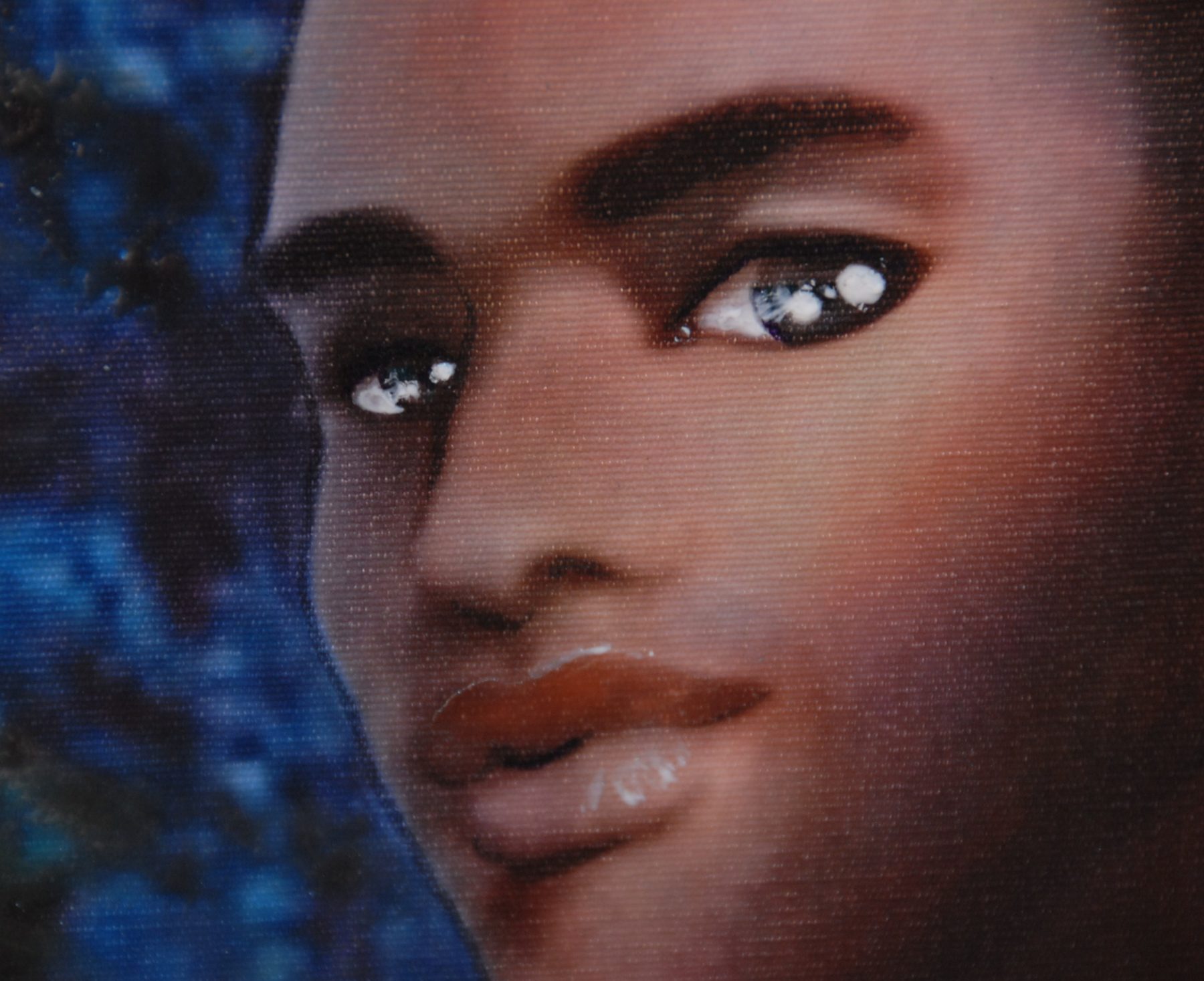 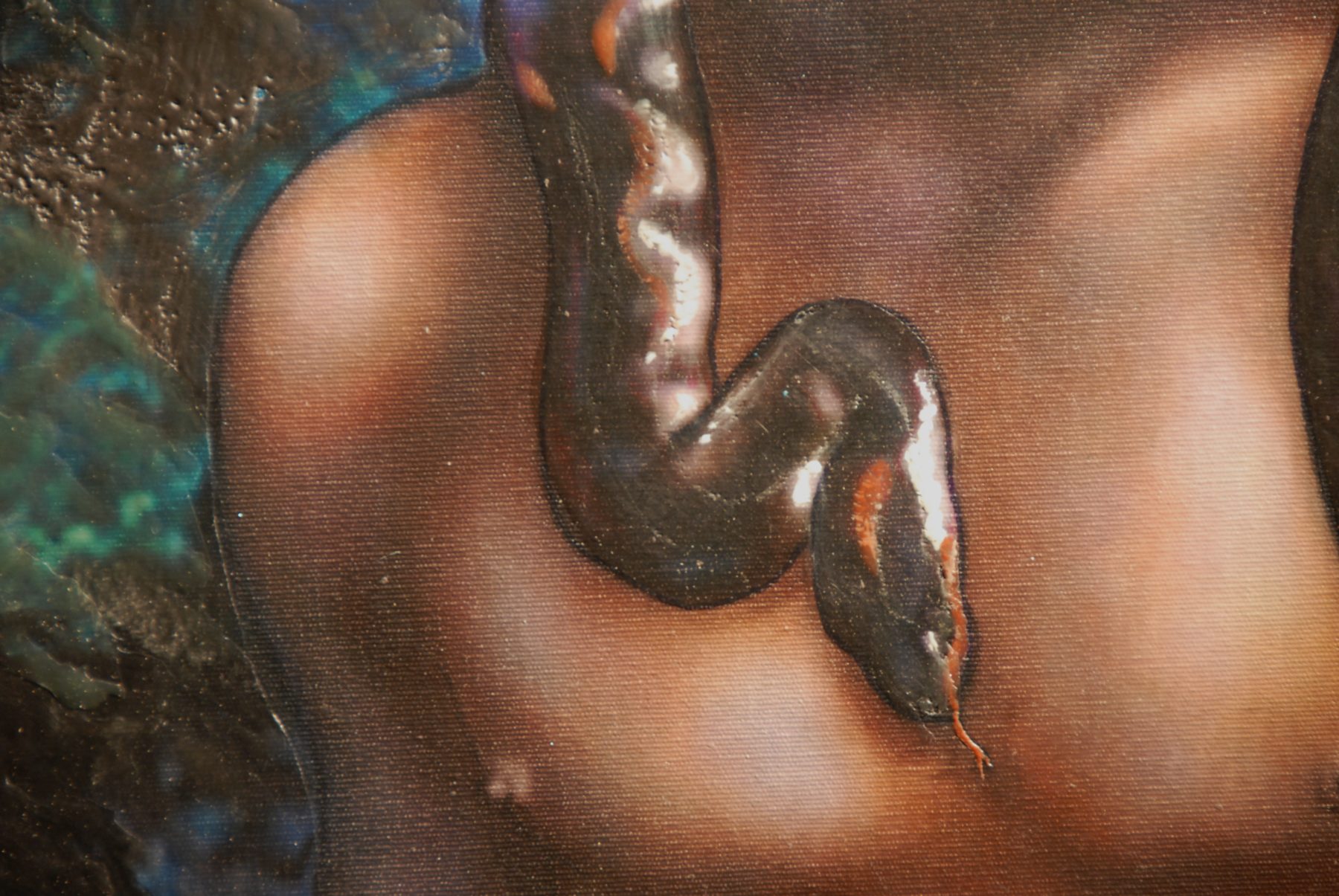 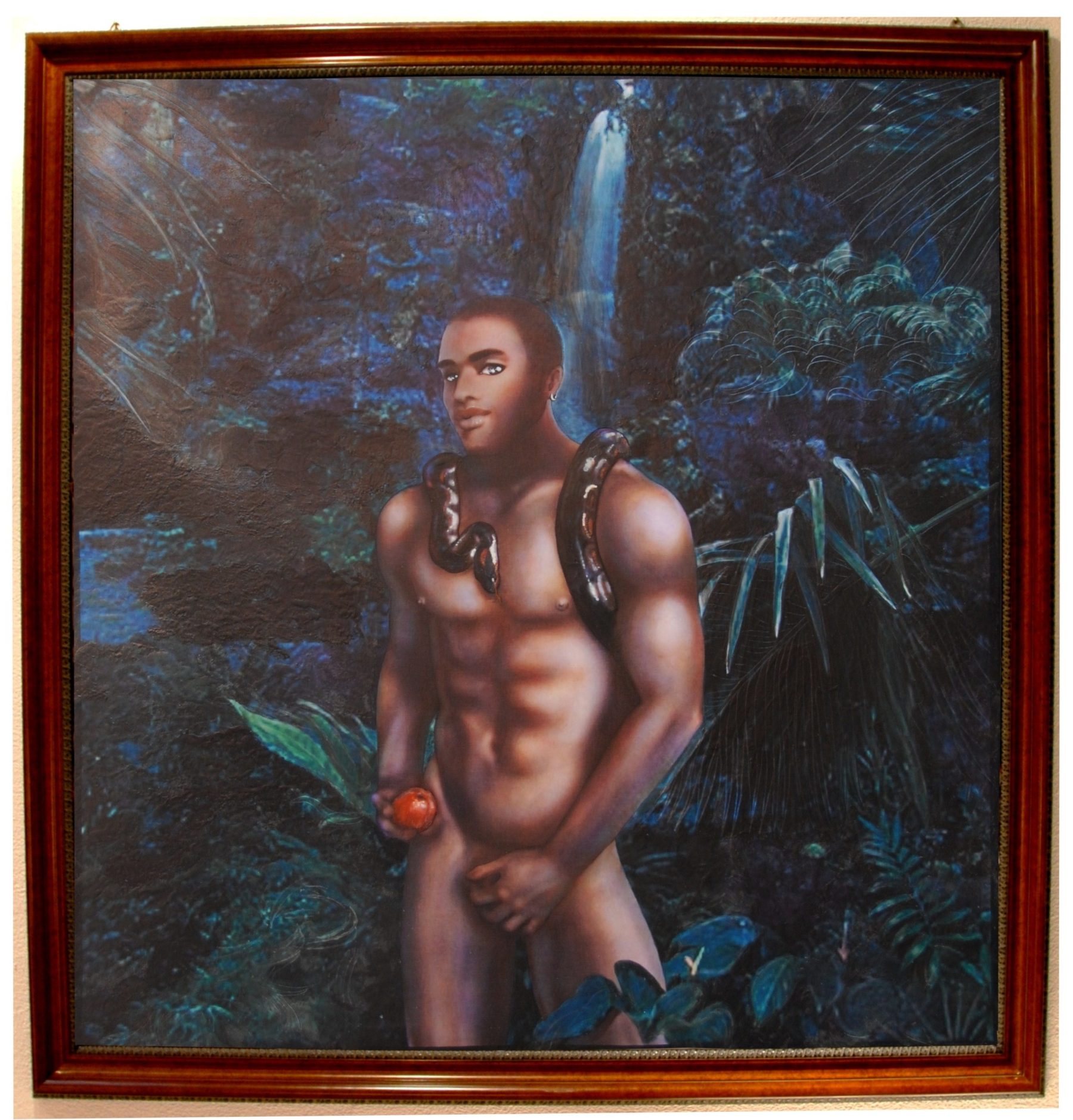 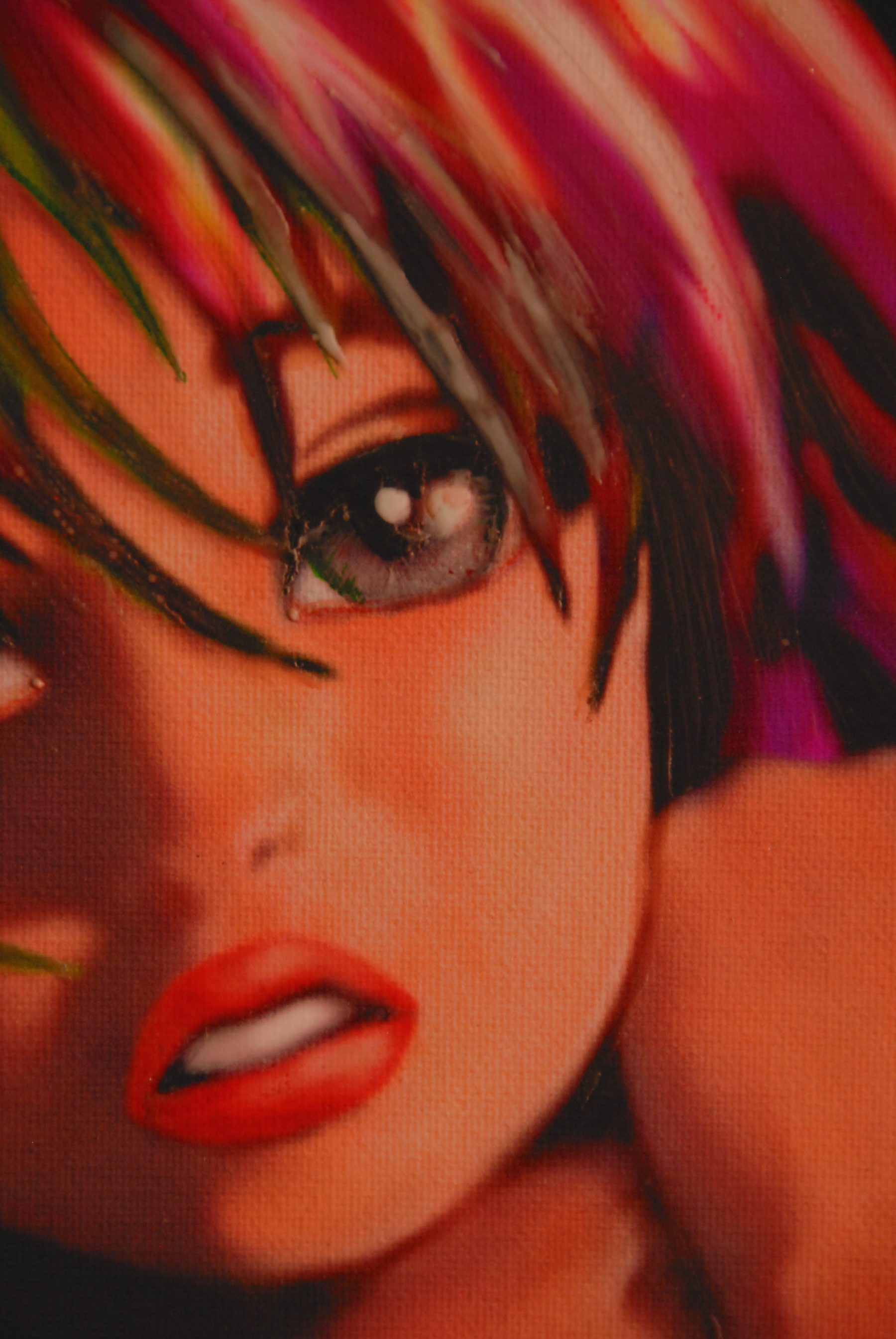 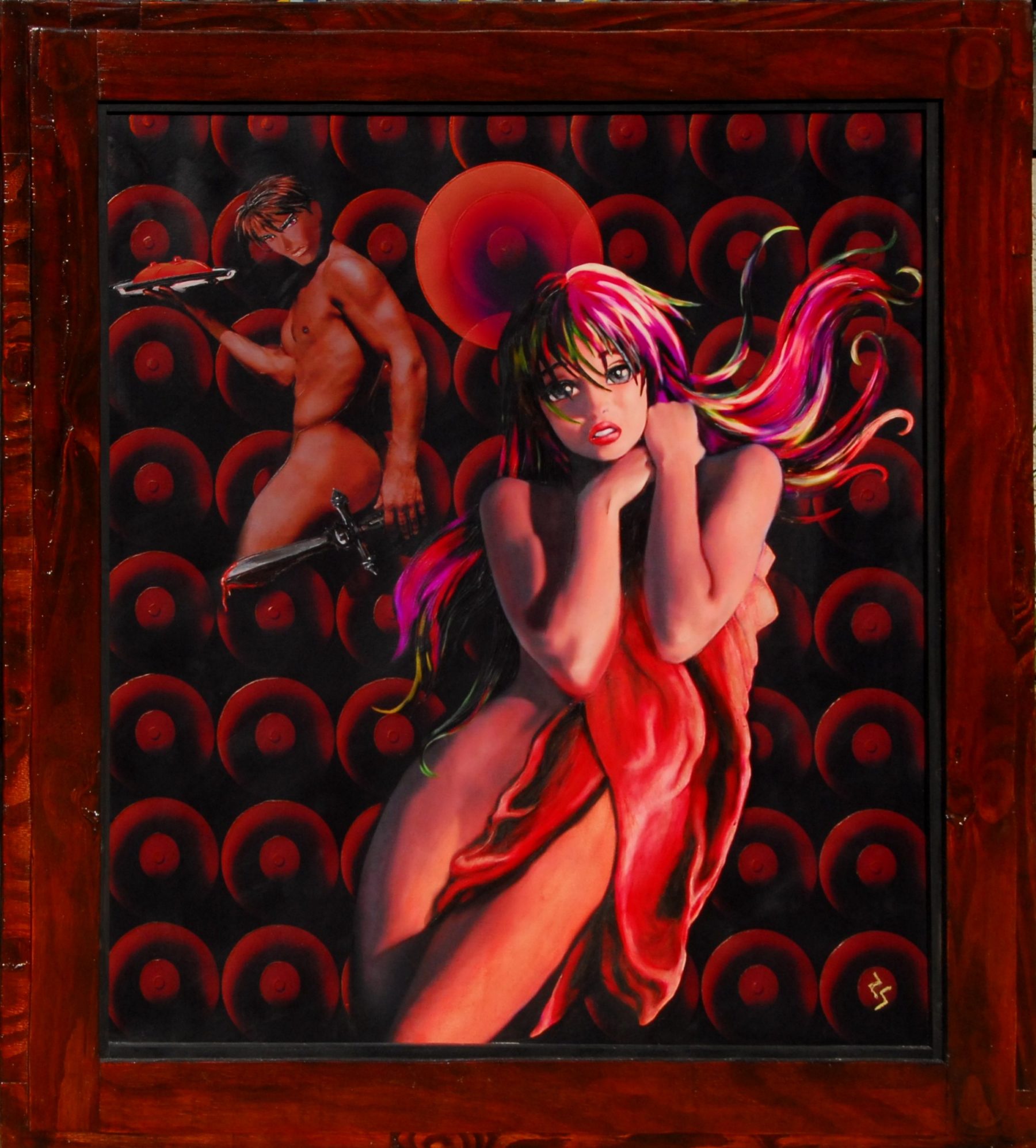 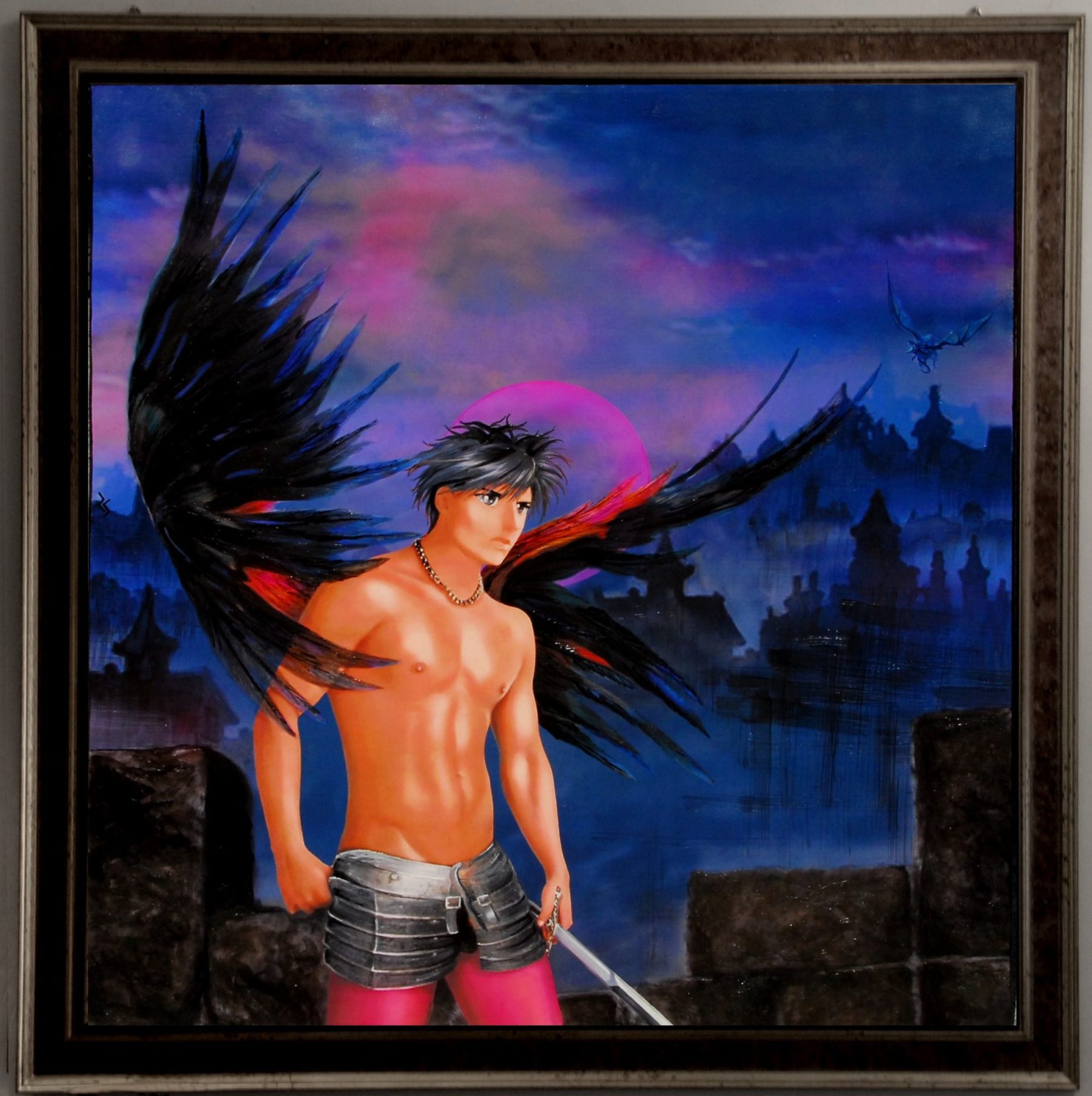 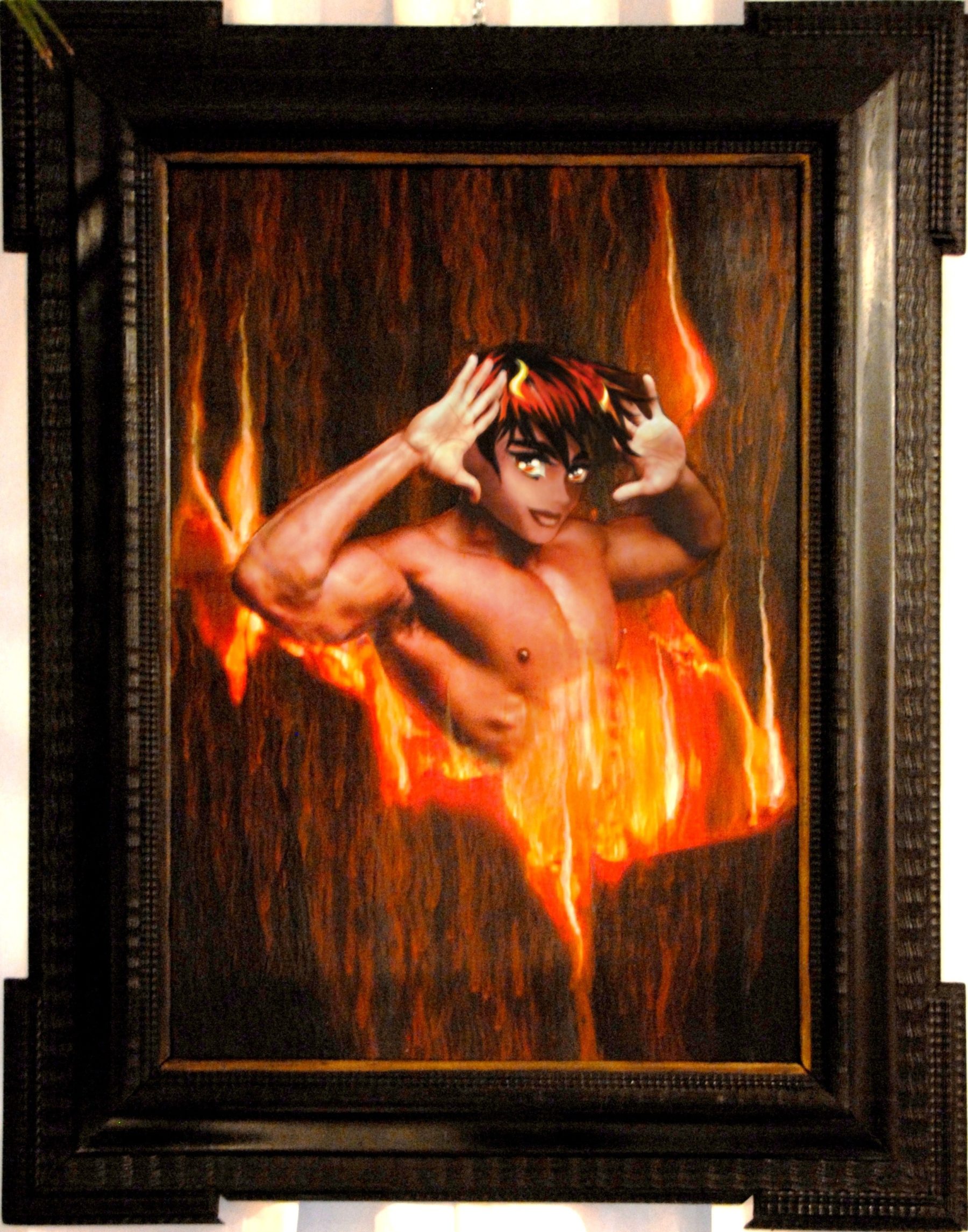 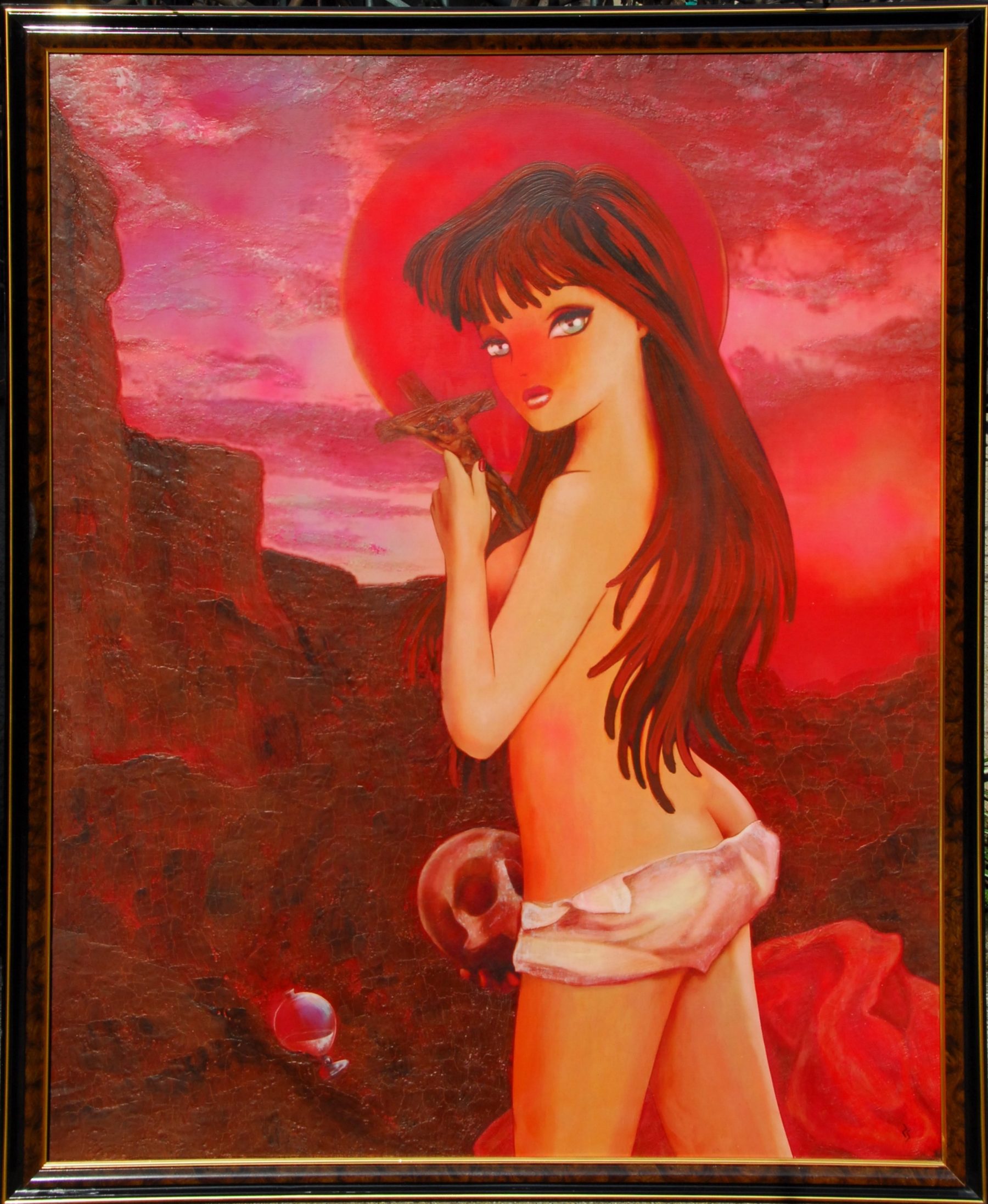 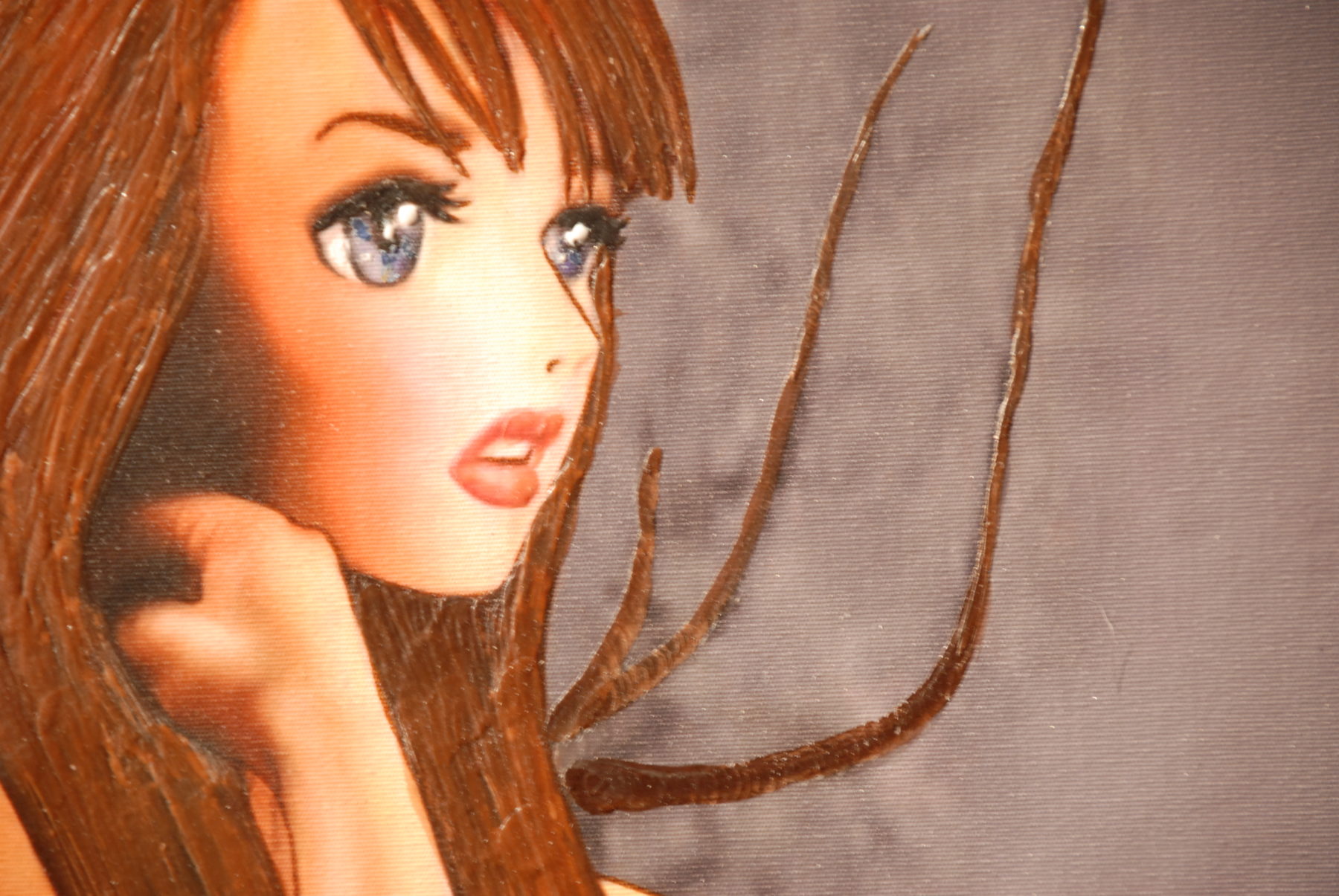 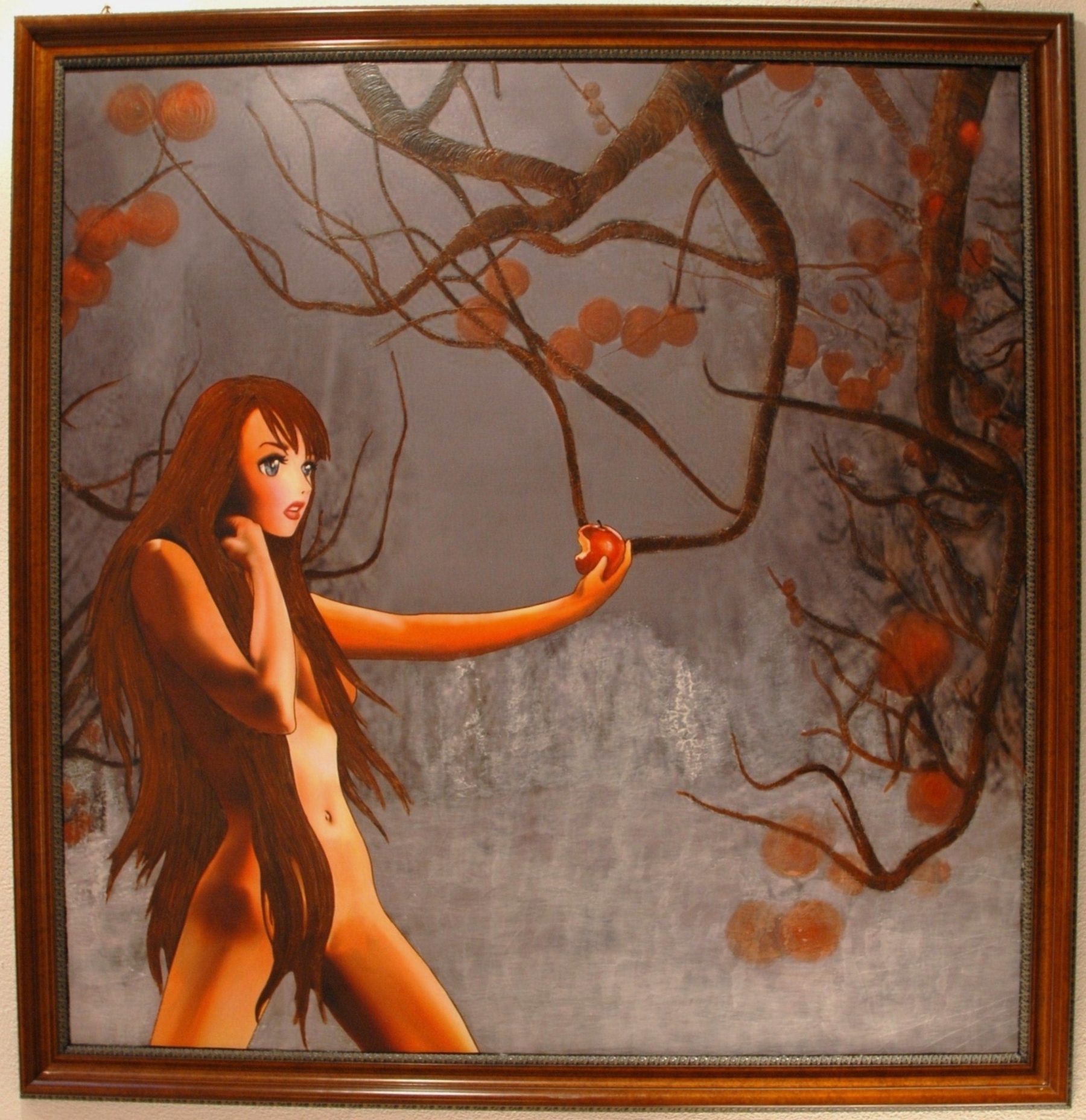 jesus mocked on the column 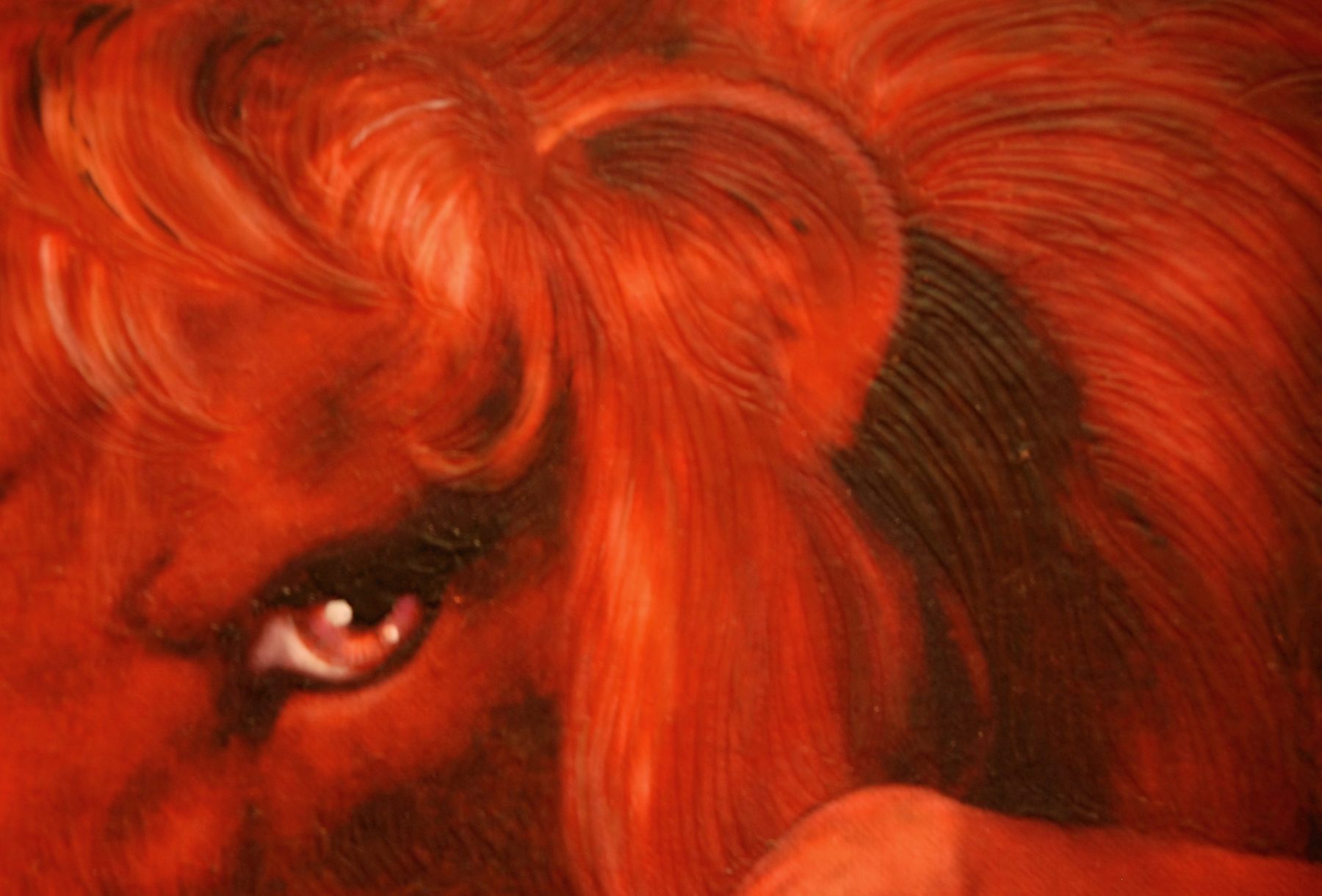 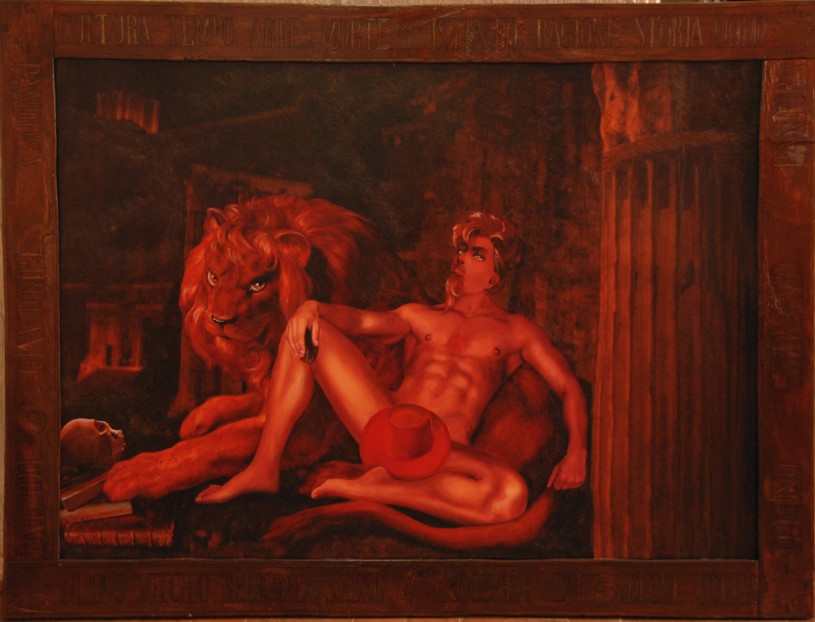 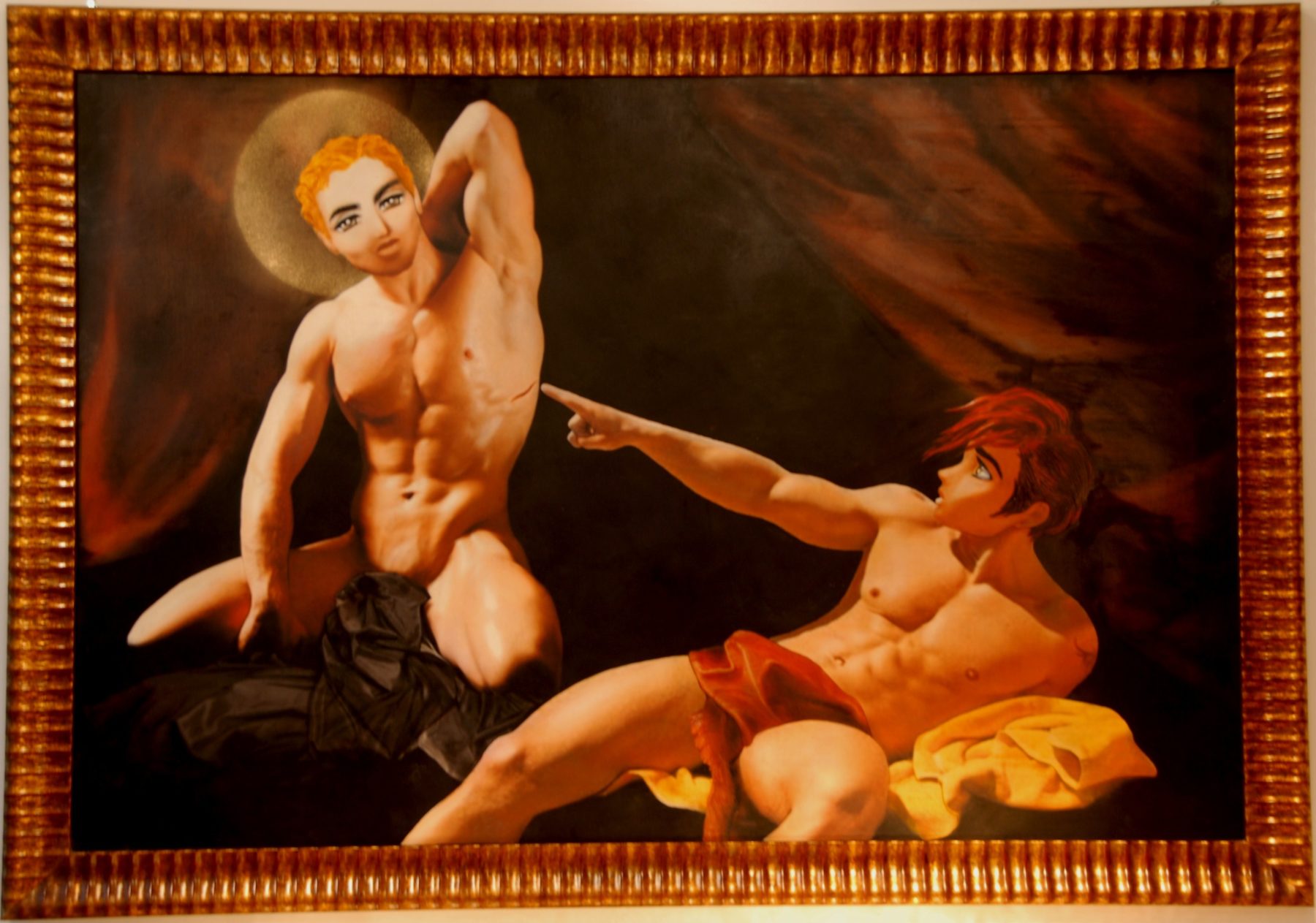 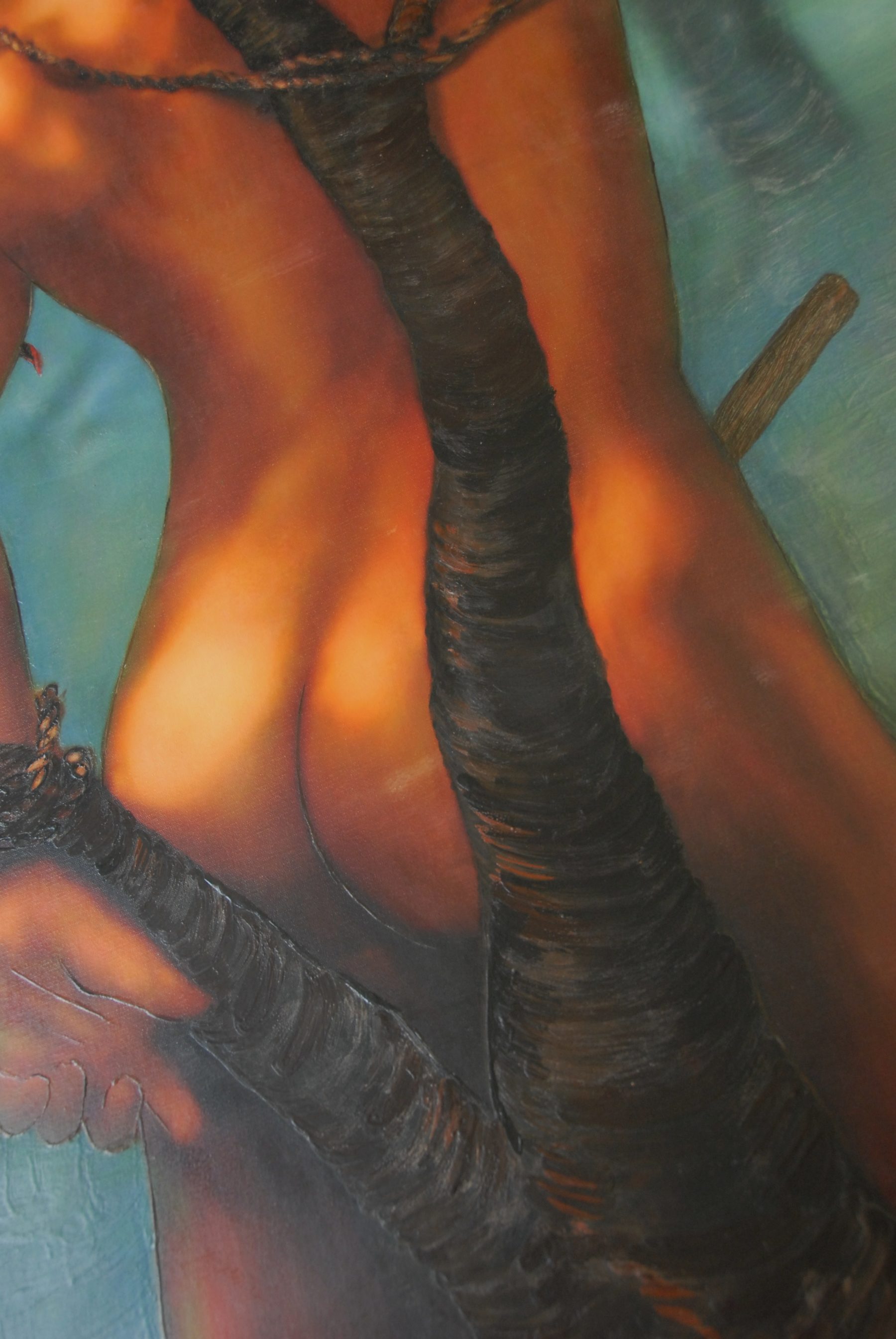 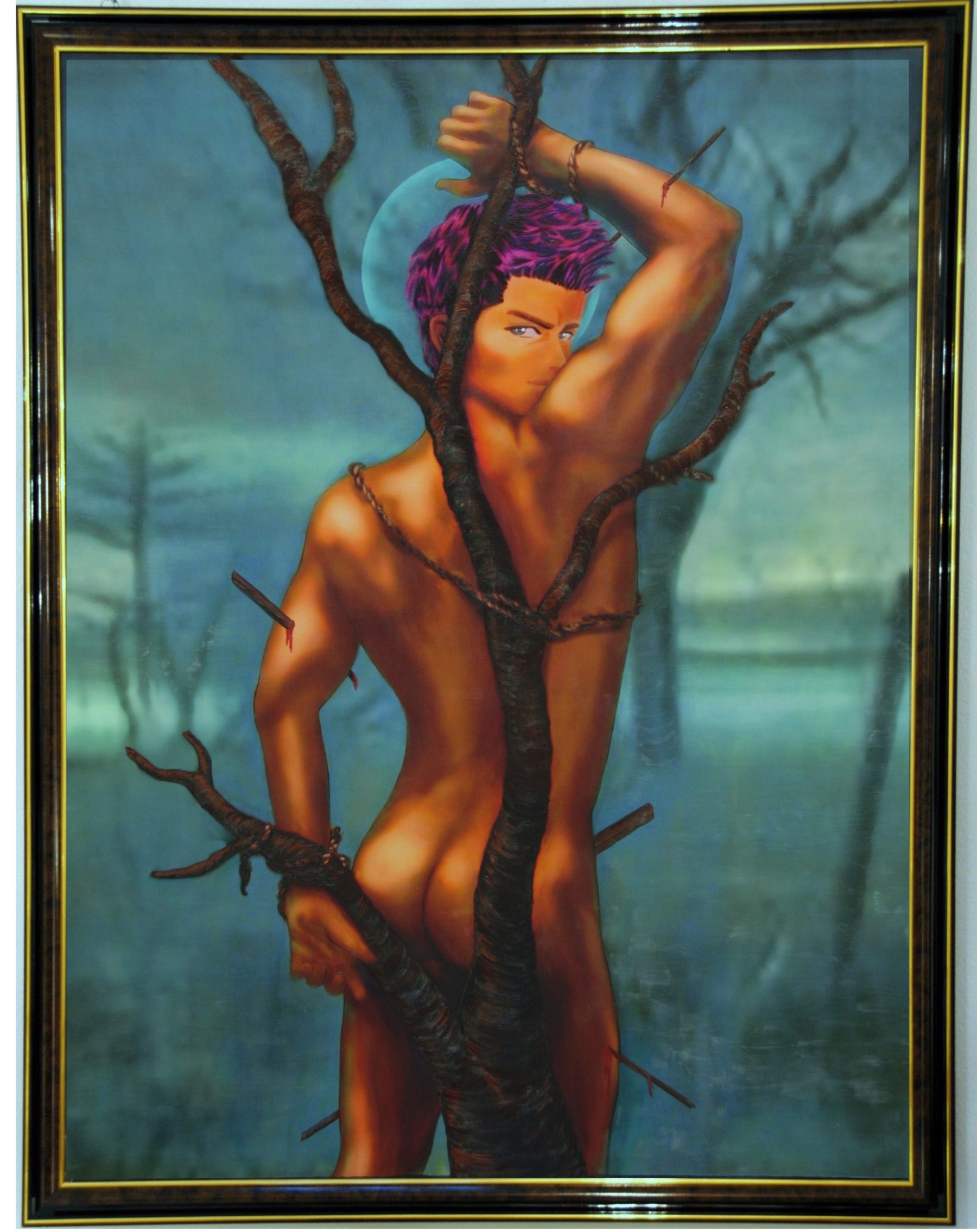 mixmedia and hot wax on canvas, scarved and laid on panel

(…) Any observer would swear at the outset that Mary Magdalene is this, since only someone like her, with a dissolute past, would have dared to appear, tragic moment, with a neckline so deep and with a corset so small as to make them stand out and protrude the roundness of her breasts, so that inevitably attracts and fixed upon him look greedy men who pass, seriously jeopardizing souls, drag it to destruction in the obscene body. This is part of the detailed description of the Crucifixion by Albrecht Dürer (1471-1528), which marks the start of The Gospel According to Jesus Christ by José Saramago novel ‘heretic’ banned by the Vatican.

The long quotation is useful to us, in times of dual regime convergent state-papacy, immediately to clear the field from any bother and treacherous interpretation of the works of Roberto Silvestrini Garcia. The digital collage (bodies / funds), transformed into Manga and then printed on canvas and painted over with hot wax with fresco pigments of Silvestrini Garcia, are the work of syncretism dazzling and brilliant reconciliation of heterogeneous elements that intersect the first and blend then by the will of the ecclesia Manga along with other schools Shouen-ai, yaoi, shotacon.

Syncretism is the very genesis of the works: Silvestrini makes them the photo design, digital printing with wax and what we get is a peculiar psychological as well as linguistic synesthesia.

We realize so that, while we were committed to revive or break down residual ideologies, another generation advanced feeding cartons and Anime (so that the animation is) looking to the East with young curiosity, while we were trying to understand, with some suspicion, what are you telling Mishima always wrinkling her nose at the sight of Dragon Ball that splashed on TV.

A light-hearted Thomas incredulous stirs not in the wound in the side of the companion Jesus He points to the ‘plague sweet love’ need for education and the same Christ shows himself to the social life of the pose of a bishounen (manga characters such homoerotic, graphically attractive) .

Silvestrini Garcia makes available to our senses the subtle balance of power, the fragile equilibrium, typical of the Manga world, which is akin to evergreen Marquis De Sade, characters Uke (lesbians), of those Seed (active) and those Reversible (Uke and Seme alternately). A Sebastian / Uke looks at us with the heroic Slave sensuality while Magdalena / Seed, similar to that of Dürer, attracts the eye of greedy men with the look of pin-ups.

The works of Roberto Garcia Silvestrini shed light on a disheveled old stories showing that, if there wouldn’t the bloody fields of the wars of religion, would be epic and enjoyable. Would be of Manga.

There is nothing irreverent or blasphemous in the work of Roberto Garcia Silvestrini, just for being clear. Sex Manga Religion is not the usual and cunning attempt of an artist to talk about at all costs. The works of Silvestrini Garcia – versatile artist ranging from painting to sculpture, ceramics engraving, from illustration to graphic design – instead of probing disenchanted with the ancient Christian iconography and succeed reproduce through a depiction of contemporary winks’ eye on pop icons conveyed by means of mass communication in the new millennium.

In a constant contamination between sacred and profane images, saints and madonnas of Silvestrini Garcia are in fact not so different from those of Caravaggio, Leonardo Da Vinci or Michelangelo. As the images of the painters of religious art of the past, the works of the Venezuelan artist do nothing but update the Christian hagiography through styling cues and modern painting techniques and make it easily accessible to the contemporary viewer.

Hence the bodies of the subjects are inspired aesthetics of appearance dominant: the bodies are muscular and sculpted bodybuilder in the gym, have alluring poses of the protagonists of certain pornographic films gay-themed show without shame curves sinuous and provocative television starlet of the recently passed under the knife edge of the plastic surgeon and ready to show in the spotlight for the next reality show. Bodies are young and without shame, that bend and twist as those of athletes and dancers lap dance, but do not have a halo over his head. And not even want that halo!

No wonder then that Adam changeth from attempted seducer and puts us in a glossy scarlet apple, or that San Sebastian is delighted by the arrows that pierce, nor that the Magdalene has no shame in showing seductive while taking in his hands the crucifix with the image of the beloved, or the Deposition of Christ has no intention of rising fear that the three angels that surround it can vanish from his dream in multicolor, nor another Christ with his side pierced by the spear of the centurion give the side with malice wounded in St. Thomas luxurious and not at all upset.

Made on a large canvas glued on wooden supports and then repainted by hand with hot wax and pigments, the paintings of Roberto Garcia Silvestrini works are modern but at the same time ancient. Its biblical subjects have a vitality bursting thanks also to finish made with polychrome wax polished hot and molded with a method of etching that gives three-dimensionality to the subjects, detaching them from the environment in which they are portraits and pulling them toward the eye of the viewer that may so feel part of the voluptuous sacredness of the subject.